How We Got Started

Jordan Decker had Gender Confirmation surgery in 2016. After living in the Bay Area, then moving away, the cost of coming back for surgery was so high it almost prevented the surgery. He had some minor complications and had to stay in town 2 extra weeks. The cost of housing, food, and a caretaker for six weeks racked up over $10,000. None of these crucial services were covered by insurance. Jordan saw a need and was determined to fill it with a compassionate setting for others recovering from Gender Confirmation Surgery.

He started developing the idea of sharing a home to help others in March of 2016. After a year long recovery journey, in November of 2017, Jordan and his mentor, Jane Spahr gathered 15 folks together to talk about making this idea, a reality. They had area doctors, nurses, attorneys, allied health care workers, Faith leaders and more gathered on November 20, TDOR (Transgender Day of Remembrance) to begin the tides of change.

He was privileged enough to have insurance that covered the largest part of his surgical procedures. It also provided him with 100 home health visits. His spouse called 24 different agencies in the area and not ONE of them said they knew how to treat his wounds! Because of this, we aim to develop and provide wrap-around care services as well.

At Trans HeartLine we are making the “Word flesh” by becoming the “hands and feet” in the world. Rev. Jane Spahr, a lesbian Presbyterian Church USA ordained pastor, and founder of the LGBTQ activist Spahr Center met Jordan and decided to use her reputation and resources to help him launch Trans HeartLine (THL). She helped form a relationship with the University of Redlands Graduate School of Theology San Francisco Theological Seminary in Marin, California. She along with some of her friends were able to secure an undisclosed location for THL in Marin.

Jordan’s own journey, like many other trans folks,  was painful and full of people close to him saying he was “going to Hell”. His partnership with Jane Spahr was the rejuvenation he needed to explore his spirituality again. Jane and Jordan feel passionate about inclusion, therefore the embodiment of spirituality is made manifest by loving volunteers who supply food, with a board that remains humbled by the resilience of the community they serve, and creating a safe environment devoid of judgement.

This partnership has afforded us the opportunity to go out into the community. Jordan has preached at Many churches around the Bay Area and garnered a great deal of support. He is having the hard conversations about trans topics from youth suicide rates (57% attempts) to gender confirmation surgery, to spiritual abuse, trauma specific to the trans community.

We believe everyone deserves to live life authentically. Our goal at Trans HeartLine is to provide a space where people recovering from surgery can do just that. We also seek to educate communities that know very little about the trans community so that we can create more allies, making the world just a tiny bit safer for trans people. 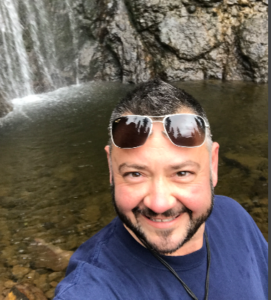